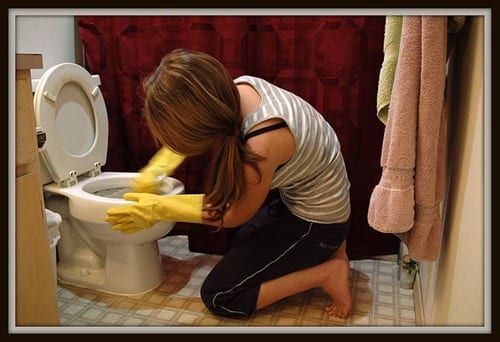 Her cleaning hand is so fast, it defies photography.

As a child when you were forced to clean your room, you probably grabbed a duster and begrudgingly waved it at the furniture. Cleaning would have been less of a chore if you’d been given a turbo-molecular pump and a fusion reactor. What child wouldn’t want the ability to create temperatures up to 10,000 times hotter than the sun? 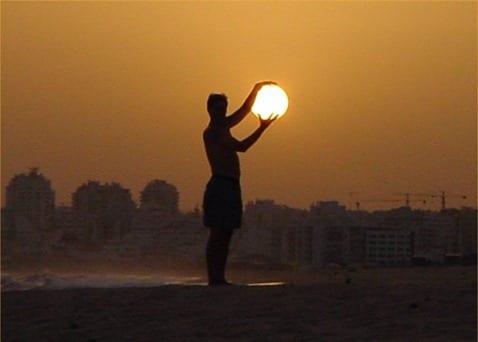 These aforementioned technological wonders are just some of the fantastic tools used to create the cleanest places on planet Earth.

A cleanroom is an enclosed space that has a controlled level of particles within it. Typically used in manufacturing or scientific research, where any pollutants such as dust, microbes or vapours could damage the products or affect experiments, cleanrooms are unsurprisingly incredibly clean places. 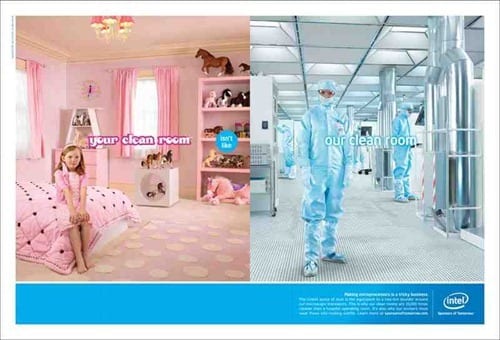 Both rooms are equally creepy. 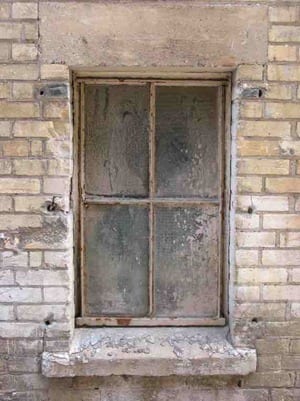 What would your mother think?

To achieve this ridiculously high level of cleanliness, hermetically sealed rooms are fitted with numerous air filters through which the air is pumped. The room can only be accessed via a series of decontamination procedures such as air showers and airlocks. People working inside a cleanroom are required to be completely covered in special protective clothing so that they don’t contaminate the area, the filthy devils. 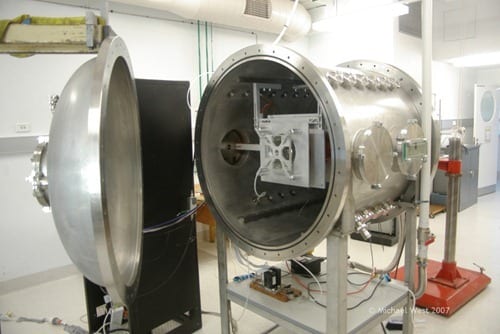 Do not climb inside.

Vacuum chambers are sealed enclosures from which all the air has been pumped out. The resulting low pressure, commonly referred to as a vacuum, is used by researchers to carry out physical experiments or test mechanical devices without the results being contaminated by foreign bodies. 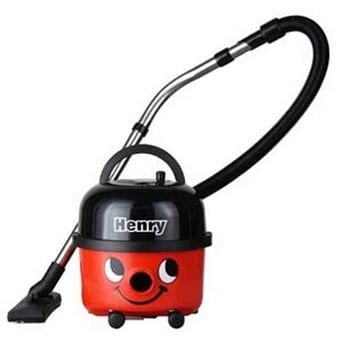 This is not a clean vacuum chamber.

Ultra-high vacuum chambers can create atmospheres containing as little as 100 particles per cubic centimeter. An average cubic centimeter of air contains as many as 10 trillion particles. This means that an ultra-high vacuum chamber can create an environment one hundred billion times cleaner than the air you are currently breathing (unless you’re reading this from a space station).

3. The Centre of the Earth

According to Jules Verne’s 1864 science fiction novel Journey to the Centre of the Earth, the interior of our planet is populated by dinosaurs, giants and prehistoric mushrooms. Unfortunately for Verne this isn’t the case and instead the majority of the planet’s core is akin to a blast furnace. 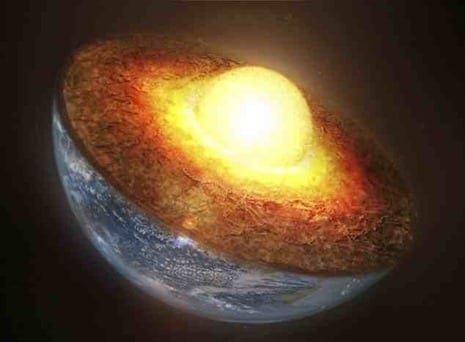 A hard shell with a gooey centre.

Below the Earth’s outer silicate solid crust lies a highly viscous mantle, then a liquid outer core, and finally a solid inner core. At the core the pressure is 3.5 million times stronger than the pressure we feel on the surface. At the centre of the earth temperatures can reach over 6000 degrees Celsius, hotter than the surface of the sun.

The Sun is pretty cool, comparatively.

Nothing but solidified iron and nickel in gigantic crystal formations can exist down here. So if you could survive it (which you couldn’t unless you’re Superman) you wouldn’t find a single particle of dirt.

The centre of the Earth is pretty hot, and, by extension immaculately clean, but that is nothing compared to the heat that a fusion reactor can produce. Temperatures exceeding 15 million degrees Celsius have been recorded inside a fusion reactor, which is 30,000 times hotter than the surface of the sun. 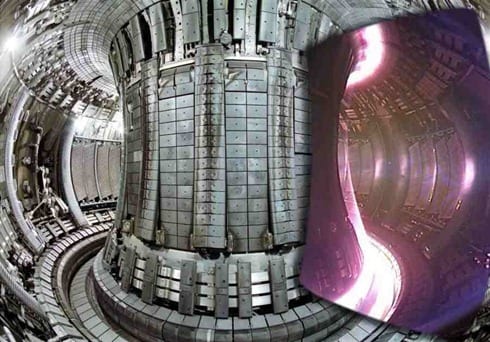 It was hoped that fusion power would be the future of energy production. It has been over 60 years since experiments began and still no reliable reactor has been created. It is estimated that the use of fusion as a commercially viable energy source may not be likely for another 50 years. 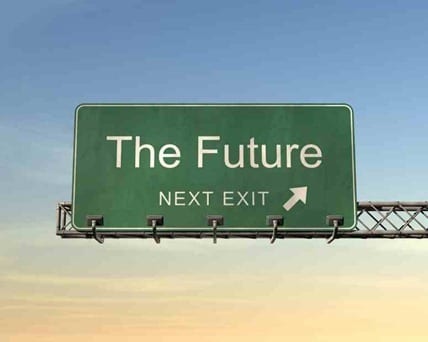 To get to the past, you’ll have to do a U-turn.

For the time being, the cost of developing a fusion reactor means that it is prohibitively expensive for most industries; hopefully the future will bring more affordable means of obtaining this form of energy. The proliferation of fusion power would make the world (statistically at least) a much cleaner place.

The cleanest place on Earth is the world’s largest and highest-energy particle accelerator, the Large Hadron Collider (LHC). Built by the European Organisation for Nuclear Research, this colossal collider took 10 years to complete and sits beneath the Franco-Swiss border near Geneva. 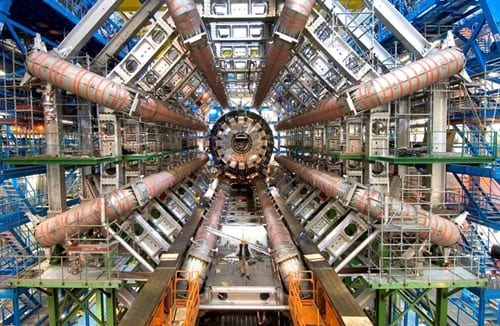 He better hope that isn’t a Decepticon in disguise. 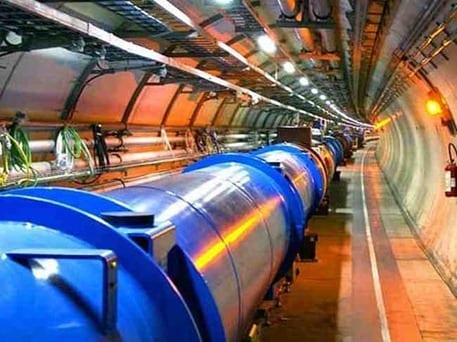 Super Mario would love this.

If this list didn’t make it special enough it is also the cleanest place on Earth. Inside the LHC is the emptiest space in our solar system. The experiments conducted within the LHC require it to have as few extraneous particles as possible. The ultra high vacuum creates a cavity as empty as interplanetary space, which is as clean as you can get, in our galaxy anyway. 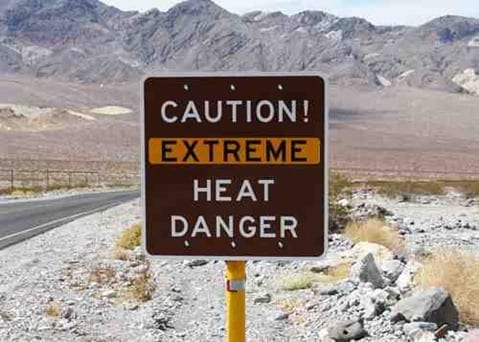 Extreme heat or an extreme vacuum are the parameters required to create the cleanest places on Earth. However this doesn’t mean that if you have to tidy up you should set about creating a fusion reactor in an airtight container. That would be an extremely dangerous (and more importantly) costly way to clean. Instead why not save yourself the time and the risk of disintegration, and call some professional cleaners? 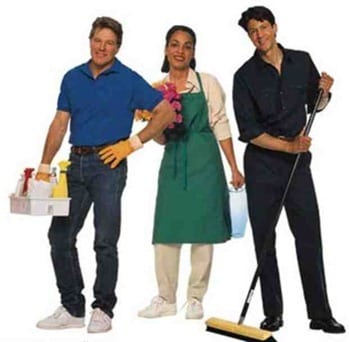